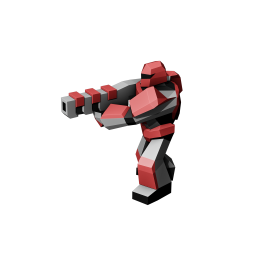 The infantry unit is a good and somewhat expendable all-around unit. It is cheap to produce in Barracks and it has the highest conquering efficiency of all units. In the early game, sending infantry out to conquer territories in all direction is usually recommended.

In large numbers, infantry can be difficult for the enemy to combat against even if the enemy has more technological units. In larger numbers they have the ability surround other units and structures. In small numbers, however, the infantry can easily be picked off by nearly any other unit. Helicopters are particularly dangerous to infantry and deployed artillery can fire on approaching infantry weakening and killing them.

Infantry have the highest territory conquering efficiency of all units taking into account the cost to produce them and how fast they can conquer territories.